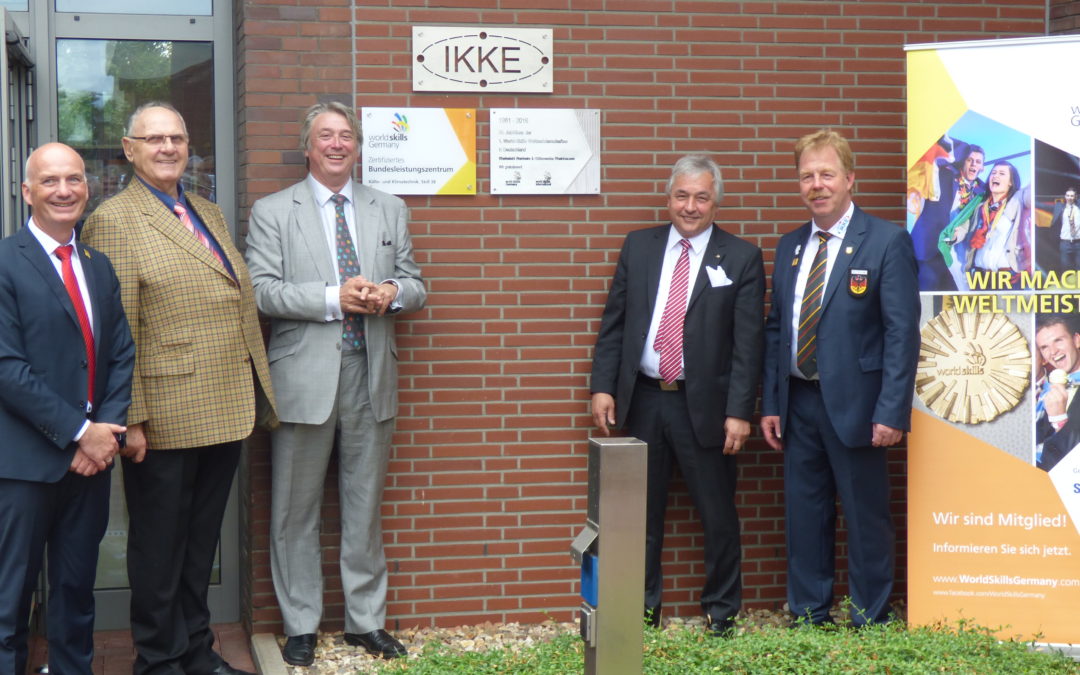 Last Friday, 30 July, It has been 55 years that the first Skills Competitions were held in Germany for the first time in 1961. On Friday and Saturday, experts of vocational training gathered on the grounds of the former company Rheinstahl, where the competition took place back then. Today the building houses the headquaters of the IKKE gGmbH (Information Center for Refrigeration, Air Conditioning and Energy Technology). In the presence of Simon Bartley, President of WorldSkills International, representatives from politics, industry and education celebrated this special anniversary with a ceremonial act.

„About 193 Competitors participated in 1961, in Leipzig in 2013, there were 999 – what a growth that has been. A growth that some people in 1961 would have said, would be impossible. A competition those days was only within Europe, those days it was about 15 countries. Whereas in Sao Paulo last year, we had 1200 young people from 65 countries competing in different disciplines. “

“WorldSkills Competitions – whether back then in Duisburg or today – are more than just competitions in the form of vocational-athletic comparisons of performance. The competitions unfold a distinct appeal on all social and business levels. They are a strong instrument to compare educational systems on national and international levels”, said Hubert Romer, CEO of WorldSkills Germany and President of WorldSkills Europe. “For young professionals the preparation for the competition and of course the participation as such are challenge, adventure, happiness, acknowledgement and benefit, all in one. They develop resistance to stress, decisiveness, character, gain qualities and skills for their professional biography. WorldSkills is a career booster. And the sending companies profit from their Champions as they are role models in school, generate greater regional recognition and let the firm become a popular employer.” In the light of current events, Hubert Romer also pointed to the impact of skill competitions regarding international understanding across national borders.

More information about the ceremony: www.worldskillsgermany.com