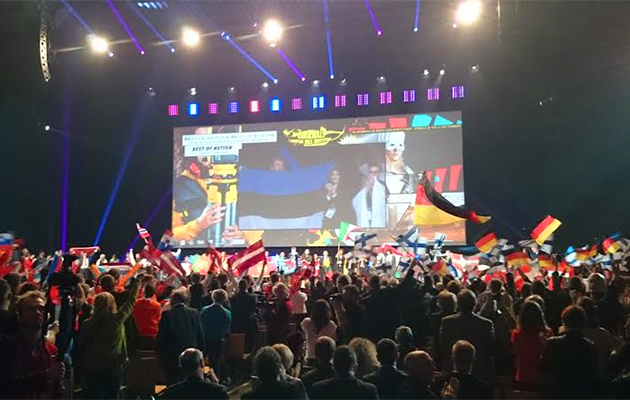 The final results of EuroSkills Lille 2014 were made official during a spectacular Closing Ceremony at the Zenith Arena. Gold, Silver and Bronze Medals, were awarded in all skill categories, as well as a ‘Best of Nation’ from every participating country. A special award was given to the Competitor with the overall best result, making him the ‘Best of Europe’. This award was given to Oliver Anibas from Austria competing in Industrial Control. Out of the 25 nations that competed Austria also came in 1st, followed by France and Finland. The ceremony culminated with a tradition where the host country, France handed over the EuroSkills flag to the next host EuroSkills Gothenburg 2016.

During the ceremony both the French Minister Patrick Kanner of Urban Planning, Youth and Sports, Regional President Daniel Percheron, WorldSkills France President Michel Guisembert, and WorldSkills Europe President Jos de Goey addressed the audience: competitors, experts, team leaders, their families, friends, volunteers and officials from the many European countries. WorldSkills Europe President, Jos de Goey spoke directly to the competitors: “Remember by being here, you are among the very best skilled European professionals who are vital for our economies, and no one can take that away from you!” In a competitive and constantly changing world, skills competitions motivates and inspires future generations to ensure that they understand that skills can provide personal and professional fulfillment.

EuroSkills 2014 wasn’t only about competing for the nearly 90.000 visitors it was about discovering and trying trades, getting information about training programs and meeting tomorrow’s highly qualified young European professionals. It was also the place where a lot of European leaders of industry, education and training came together at different organized seminars, conferences and meetings.