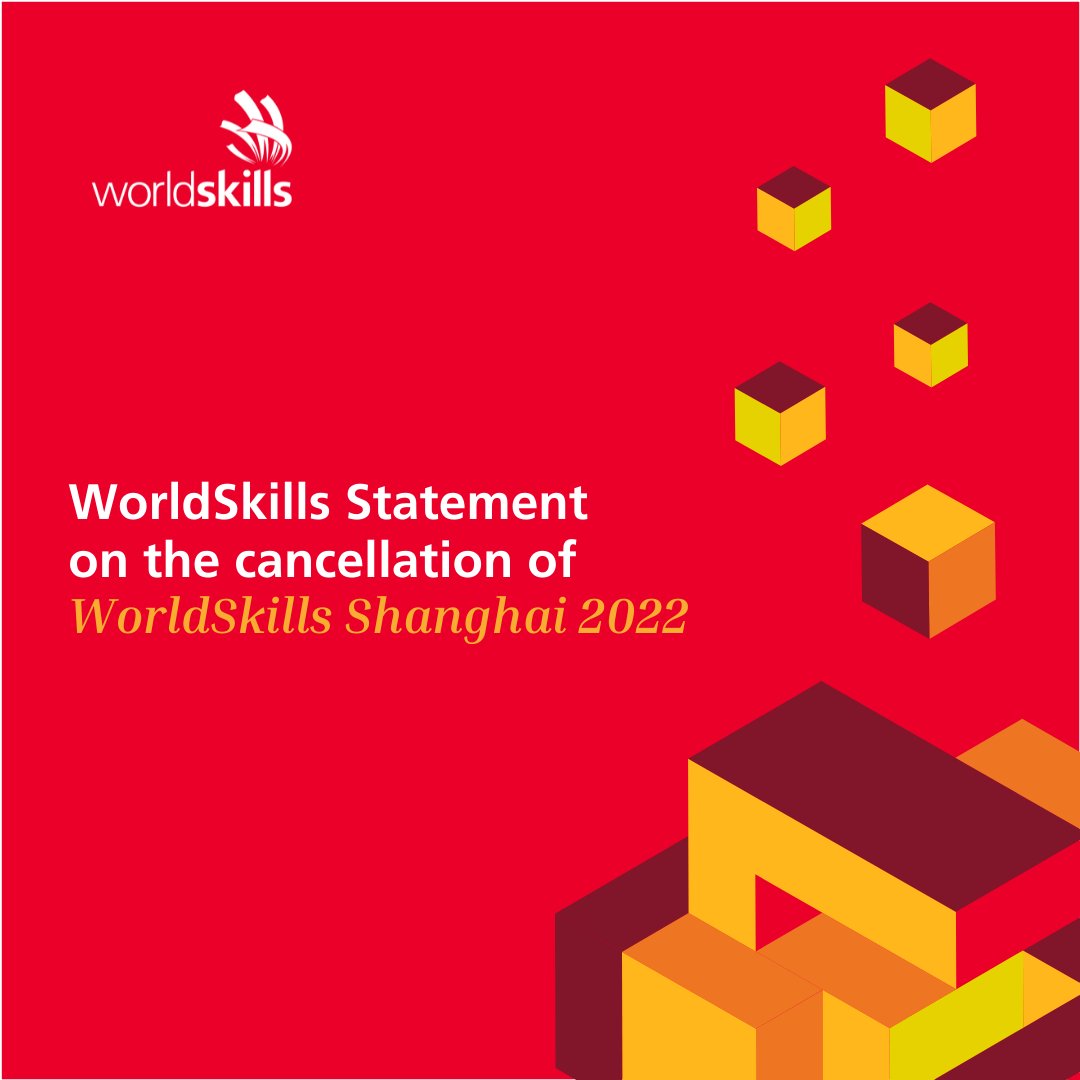 The current lockdowns in Shanghai and ongoing pandemic prevention and control restrictions in China make hosting the event not possible in 2022.

Scheduled for 12–17 October 2022, the 46th WorldSkills Competition was originally planned for 2021 and was postponed in 2020 due to the pandemic.

The current lockdowns in Shanghai and ongoing pandemic prevention and control restrictions in China make hosting the event not possible in 2022.

Following the decision, WorldSkills Members and Global Partners began discussions on alternative opportunities for the Competitors that were preparing for WorldSkills Competition 2022.

“It is with deep disappointment that we announce the cancellation of WorldSkills Shanghai 2022. Looking ahead to the future, we have no doubt that when China hosts a WorldSkills Competition, it will be extraordinary,” said Chris Humphries, President and Chair of the Board, WorldSkills International.

“We are grateful for the time and resources that the Competitors and the committed supporters, employers, Experts, and Partners have invested in preparation for the event. Alongside WorldSkills Members and Partners, we are working actively to develop alternative competitive arrangements to celebrate your skills in 2022. Look for announcements by the end of June 2022.“

WorldSkills recognizes the extraordinary commitment shown by our Chinese host partners - the Ministry of Human Resources and Social Security (MOHRSS), the Municipality of Shanghai, WorldSkills China, and WorldSkills Shanghai 2022.

Further details on plans for 2022, including the WorldSkills Conference, will be released by WorldSkills International when available.