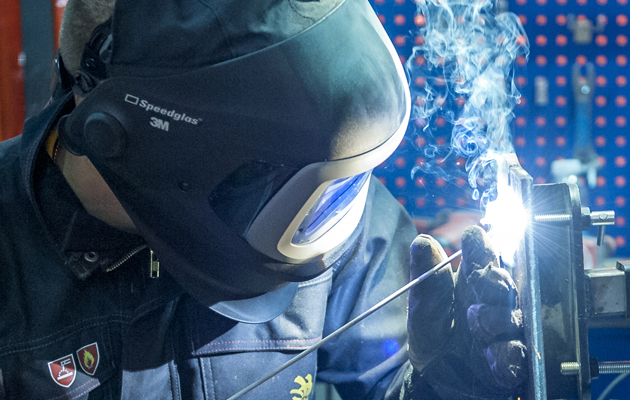 EuroSkills 2016 strengthens its ambition of becoming the most sustainable Skills Competition so far through a partnership with the new Official Partner 3M.

The fourth edition of Europe’s biggest biannual Skills event, EuroSkills 2016, will be held in Gothenburg, Sweden from 1 to 3 December 2016. More than 500 young people coming from 28 European countries will compete during 3 days in modern, state of the art skills and traditional skills, in order to select the best European professionals. The competitors are selected through skills competitions in their own countries and will showcase their talents in Gothenburg, Sweden this December. These young professionals deliver a spectacular promotion of skills and professions and present a concrete example for youngsters to follow.

This year, the organizing committee of EuroSkills 2016, puts an important aim on the agenda; to become the most sustainable European Skills event so far. “We aim to become the most sustainable professional Skills competition and hope to set the standard for when we hand over the baton to the next hosting country” states Lena Sjöstrand, project manager for EuroSkills 2016 at Göteborg & Co. “this is only possible by working with great partnerships, we believe we found such a collaboration with our new Official Partner 3M”.

EuroSkills Gothenburg 2016 requires great amounts of material to support not only the competitions but the event itself. With environmental thinking in the complete process, from planning to implementation, the organizing committee hopes to send a legacy to future vocational competitions. 3M, that is a world leader in personal protective equipment in hazardous environments, has a sustainability work that fits EuroSkills ambitions well.