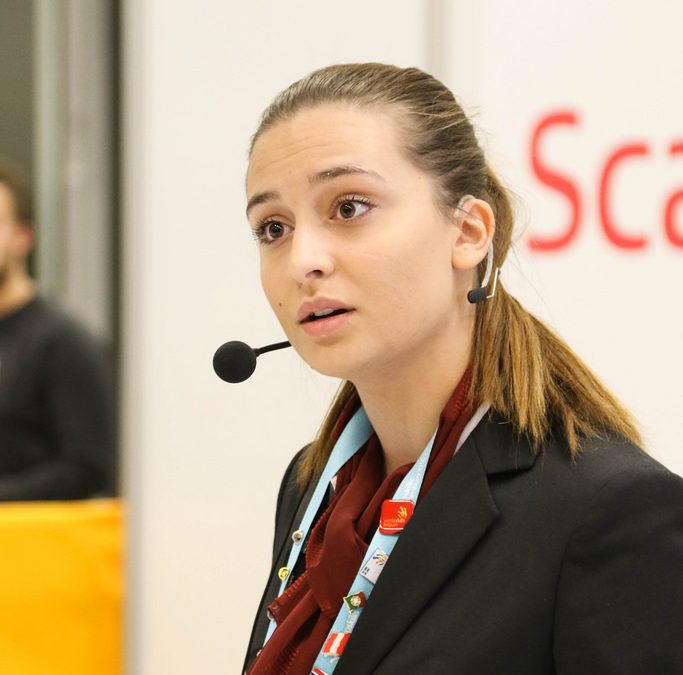 Since first studying hospitality at school six years ago, Paula Petrinec has taken part in her fair share of skills competitions. From her first, when she was in secondary school, to her last, when she represented Croatia at EuroSkills Gothenburg 2016, the receptionist says they have had one thing in common: the way they drive people to pursue their passions.

“I was amazed when I first saw what WorldSkills really does and how it motivates people to do their jobs with passion and joy,” says Paula, who works as a receptionist at Hotel Well in the village of Tuheljske Toplice. “Walking through each task for each vocational skill during the competition made me feel so special to be there. Watching all those competitors doing what they know best and enjoying it made me think about the importance of these kind of events worldwide.”

Preparing for the competitions “took a lot of time”, says Paula, who credits a strong support network, including her family, for helping her through the process. “ I prepared very hard and very often by learning the theory of the trade in school and by working in hotels. My English teacher Irena and my practice teacher Branka – a hospitality specialist – were a great part of my education and I’m forever thankful for every minute spent with them. They are true professionals and I don’t think I’d have achieved my success if it wasn’t for them.”

Paula has continued to collaborate with WorldSkills Europe and WorldSkills International, working as an adviser during WorldSkills Abu Dhabi 2017 and ahead of this year’s EuroSkills event in Budapest. Overall, she says, this year’s competitors should remind themselves that success does not always have to come in the form of a medal.

“The best thing about competitions for me is getting to know yourself when in unusual surroundings and meeting great people who have similar interests to you. Just as I was proud of myself after the competition knowing that I did my best, I want the competitors to feel the same!

“I want them to fill themselves with positive energy and take the best the competition gives – no matter the results.”