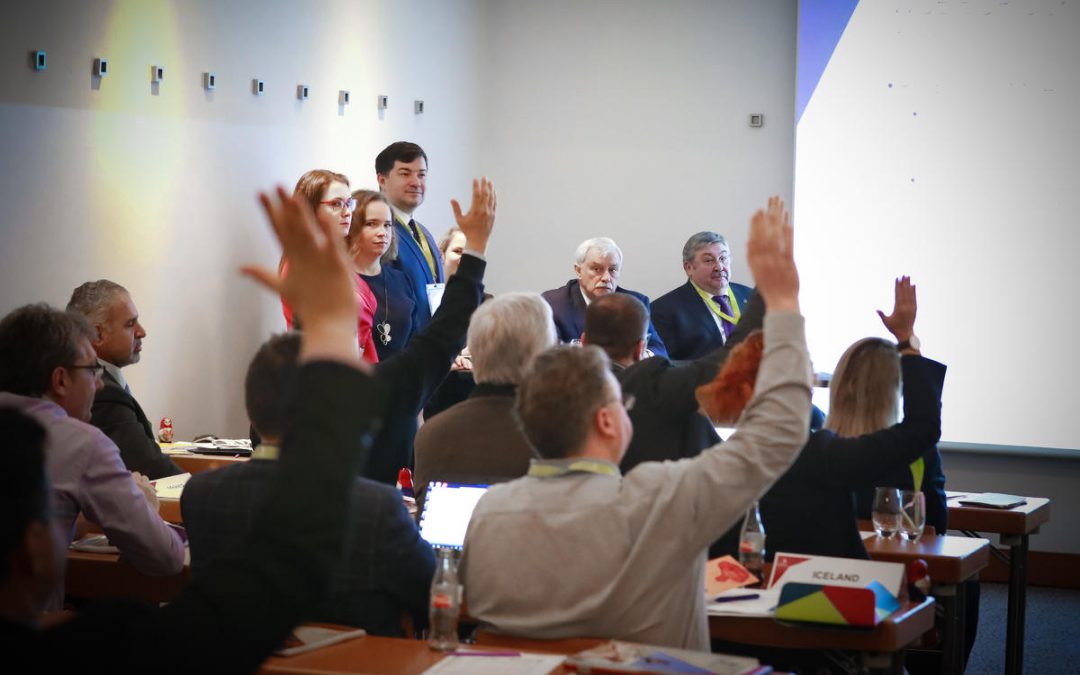 “We are ready to take full advantage of all our ideas, ideas and best practices during the preparation and holding of the European Championship of Professional Excellence in St. Petersburg. We will show our traditional Petersburg hospitality and we will be glad to welcome you and your teams in St. Petersburg. ”

“Of course, this is a victory. This is a tremendous opportunity for development, a smart tool that will help us improve vocational education. As with the fact that we will take all the practices that are in Europe, on the other hand, we will very well understand that in 2022 we must show all the best that we have. And we will work with double force.”

“The Chance of organizing the General Assembly is a great opportunity to acquaint the WorldSkills Europe family with yet another destination on the map of Europe’s Skills organisations. We are honored to gather WorldSkills Europe delegates and challenged to share the spectacular experiences of our traditional craftsmanship, innovation and technology, outstanding cuisine, architectural pearls and the vibrant atmosphere of highly liveable city of Riga – city, inspiring excellence of professional skills and the exchange of knowledge.”

The CPM were held from 4-7 March. During these meetings all Jury Presidents, Chief- and Deputy Chief Experts and Workshop Managers for all involved Skills Competitions get a chance to work on their Test Projects, follow workshops on standards and assessments and get updated on the latest procedures on competition rules and documentation.